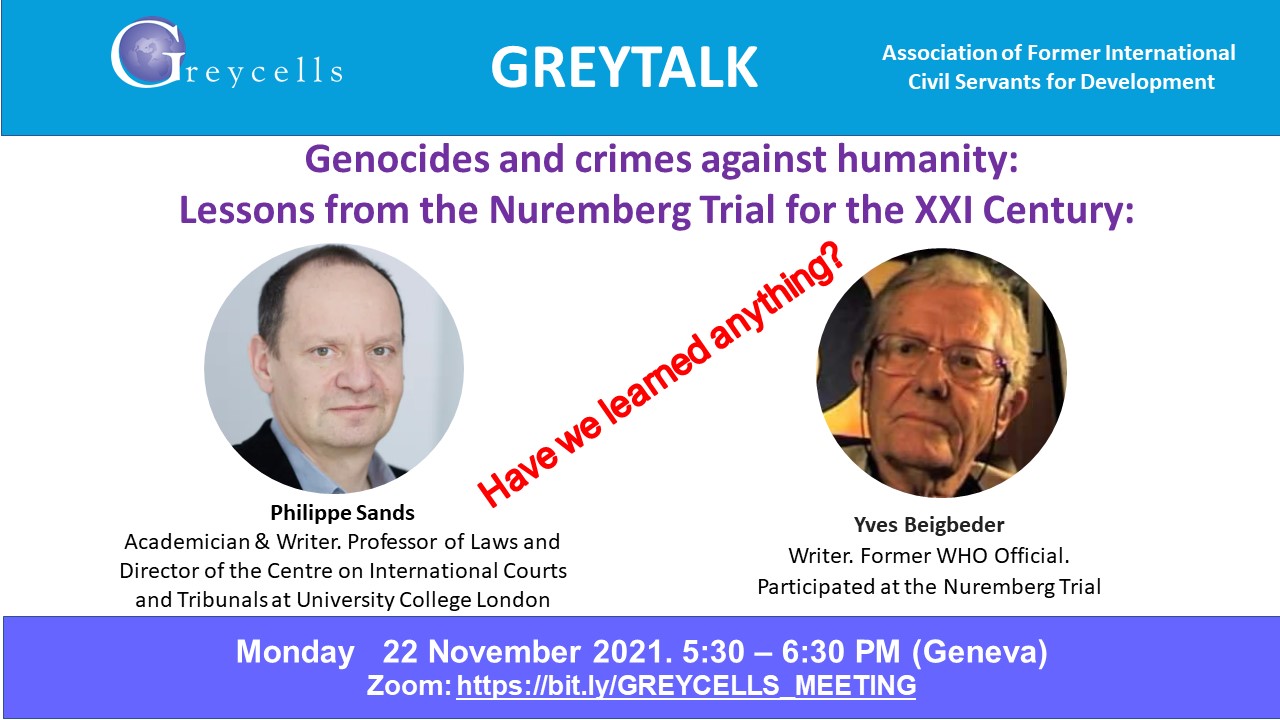 Genocides and crimes against humanity:

Lessons from the Nuremberg Trial for the XXI Century: Have we learned anything?

Professor Sands serves on the panel of arbitrators at the International Centre for the Settlement of Investment Disputes (ICSID) and the Court of Arbitration for Sport (CAS).

He is the author of seventeen books on international law, including Lawless World (2005) and Torture Team (2008). His book East West Street: On the Origins of Genocide and Crimes against Humanity (2016) has been awarded numerous prizes, including the 2016 Baillie Gifford Prize for Non-Fiction. His latest book is The Ratline: Love, Lies and Justice on the Trail of a Nazi Fugitive (2020) about Otto Wächter.

Since 5 February 2018, Professor Sands has served as President of English PEN.

Yves Beigbeder has a Licence en Droit, Sorbonne, 1945, a Master’s Degree in Education, Indiana University, Bloomington, Ind. USA, 1948 and a Doctorat d’Etat in Public Law, Université de Grenoble, 1973. He has written 21 books and numerous articles on United Nations organisations, international administration, and international criminal tribunals. Since 1984, Yves Beigbeder has been a university lecturer in the field of international organisations and administrations in France, Switzerland, the United States and Canada.

Since 1995, he has lectured on the United Nations, the International Criminal Tribunals including the Nuremberg Trials, in the United States, England, Belgium and Hungary. Yves Beigbeder has acted as legal advisor to international civil servants in Geneva in their internal appeals and their applications before the ILO and UN Administrative Tribunals.

Between 1951 and 1984 he was Personnel Officer, Food and Agriculture Organization of the United Nations (FAO), Rome and Personnel Officer at the World Health Organization – last position: Deputy Chief of Personnel at WHO Headquarters in Geneva. From March to August 1946, he was secretary to the French judge, Henri Donnedieu de Vabres, International Military Tribunal in Nuremberg. March to September 1944: FFI maquis, Auvergne. 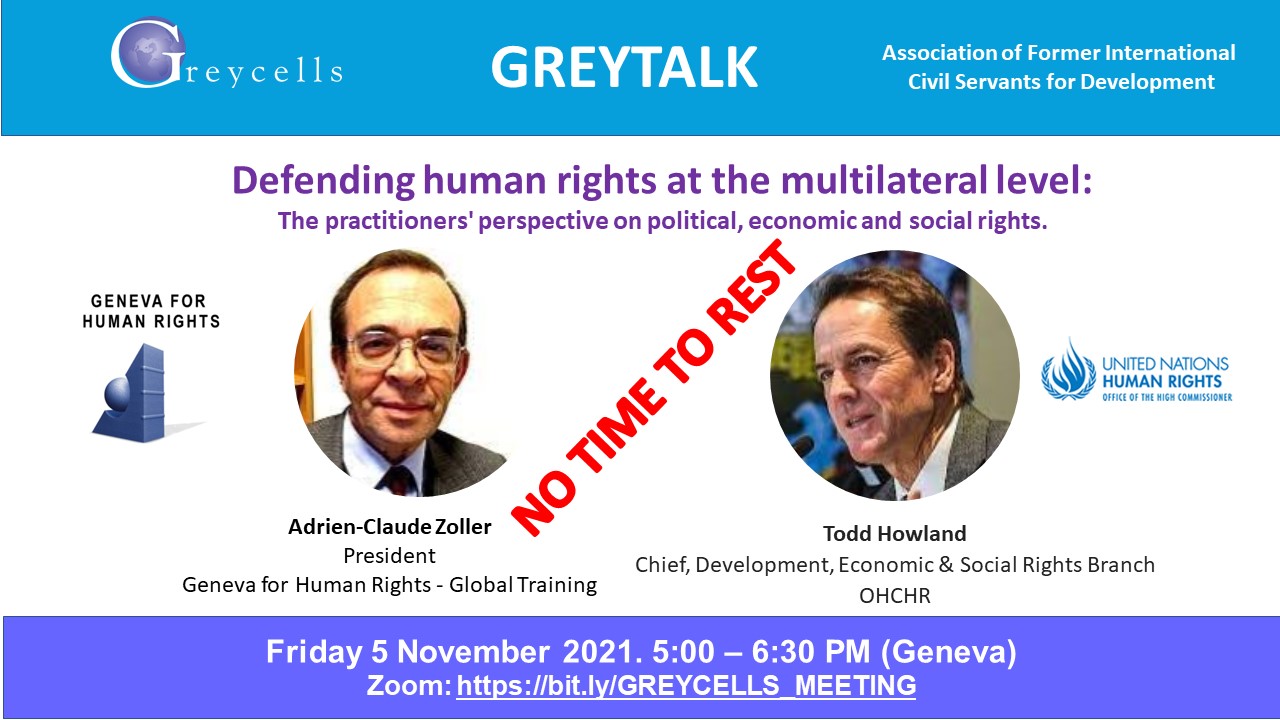 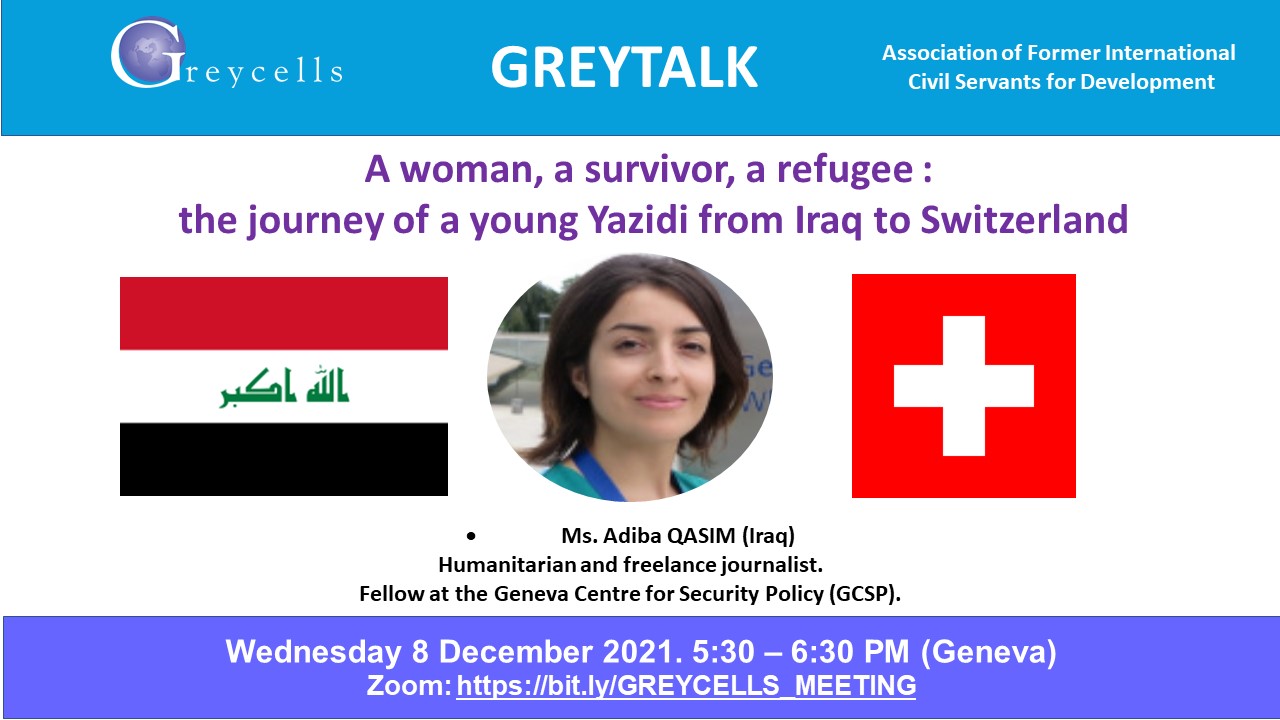 Honest, courageous, and moving testimony of Mrs. Adiba Qasim who shared her vision as